Mom – Only So Much You Can Do 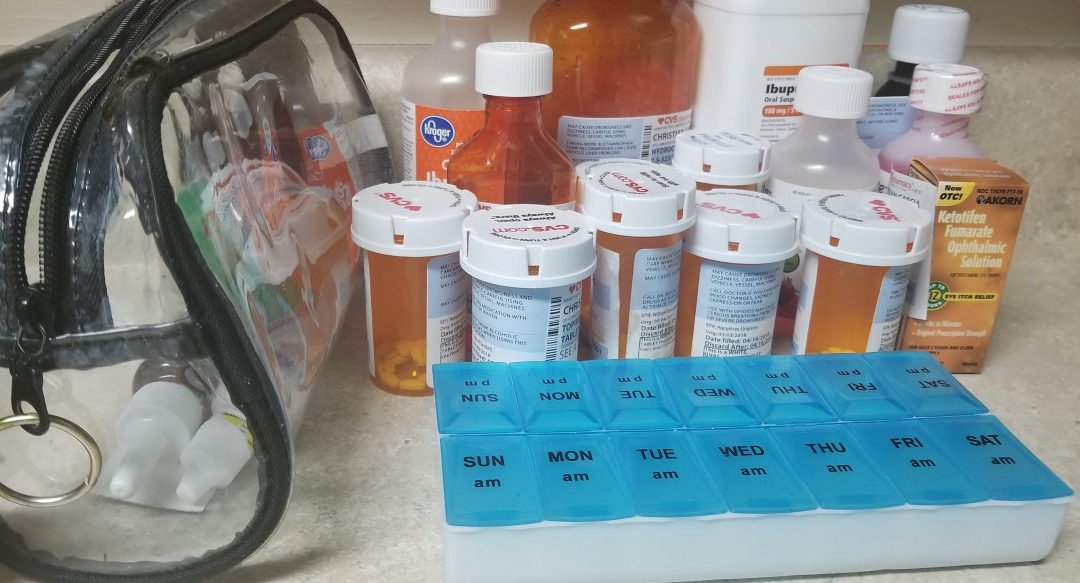 My, oh, my has it been a while since I have sat and shared my thoughts with you all. Please, forgive me because I will be sharing quite a few entries over the next few days. These are all vulnerable moments that I have jotted in my journal, but now have the courage to share with you.

Boy has this month been a rollercoaster of emotion for me. It started with Christian recovering from a tonsillectomy and adenoidectomy. This was supposed to be a simple outpatient procedure, but it was anything but. I had to take off a week of work just in case of complications… ‘in case’…. that was just the case. Christian had a successful surgery. It was the recovery that caused the concerns and scares. Now, Christian has seizures on a daily basis. He suffers from a both generalized and focal seizures:  atonic, absence, myoclonic, focal and tonic-clonic. These all went into overdrive after his surgery. He was admitted into the hospital and there we were. Grateful, I packed a ‘just in case’ bag for an overnight stay.

I was alone with him the majority of the time. Both sets of grandparents, and his auntie came to visit for which I was grateful. Outside I was trying to remain strong but inside I was breaking. I barely slept because even as he slept I stayed awake watching him. I tried to make sure he was not seizing ‘too’ much. I tried to prevent him from pulling out his IV, although I failed numerous times as he kept yanking it out seemingly as soon as I dozed off… I would hear emergency beeping followed by a couple of nurses racing into the room. I would wake up and everyone was frantically trying to help him. There he was . He was sitting on the bed, in a daze, and covered in blood. I was thinking… ‘shoot, I failed again.’  Repeat. Repeat. Repeat. Multiple days. Multiple doctors. Multiple reinserts. Multiple medication adjustments. Multiple opinions. Pure exhaustion.

After three days and variety of medication changes we were permitted to return home  with orders to remain home and recovering for 10 additional days. I was relieved to be going home. I had not seen my other children in four days and I missed them. I do believe Christian was relieved as well. there is a certain comfort about being home… in your own space… to recover. He had his tablet and I had my orders. Give him medication. Make sure he rests aduquestly. Document seizure activity. See his neurologist within a week.

Needless, to say I got it done. Although, he had trouble eating, sleeping and seizures were all out of whack. We survived… Or so I thought. Seeing him in this state did a number to my heart. Balancing motherhood with his siblings really put a strain on every ‘end of year’ activity I was accustomed to being apart of. This was the first year I missed my Caleb and Jada’s  field day and end of year party. Now, this may seem small to some, but this was a huge blow for me. Attempting to explain to the siblings that mommy could not come because Christian was not feeling well enough to attend with me brought this look of sadness over them. Yet, they told me… it’s okay mom I know Christian needs you.

Why did those words sting like a dull dagger to my chest? Why did I feel like I failed them in those moments? Why couldn’t I just drag Christian out of bed after a seizure and bring him with me? Why couldn’t I just purchase a wheelchair, or stroller for him that way I could simply roll him out with me? So many questions… so little answers. I just made sure I got them a special lunch to take to school… I bought them a hat and a bag. I made certain to skip riding the bus and dropped them off at school instead. I took pictures of them before heading into school that morning, and I said a quick prayer that I hoped they understood.

I tried my best to be all things to all my children, and sometimes that is all we can do. Nothing went according to plan those 2 weeks. Not one thing, but we managed. As mothers I believe that is all we can really do. Manage and accept the things we have no control over.