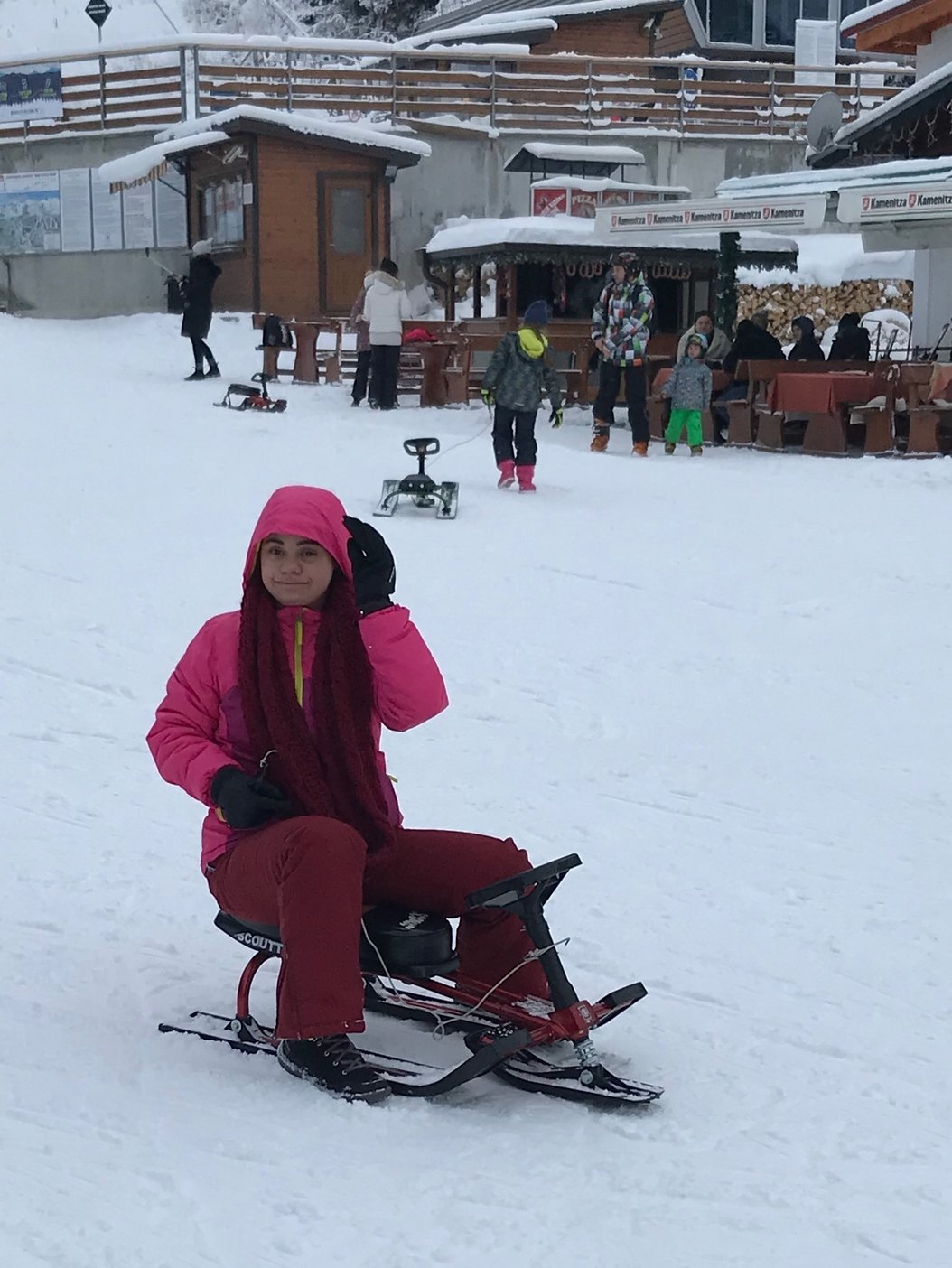 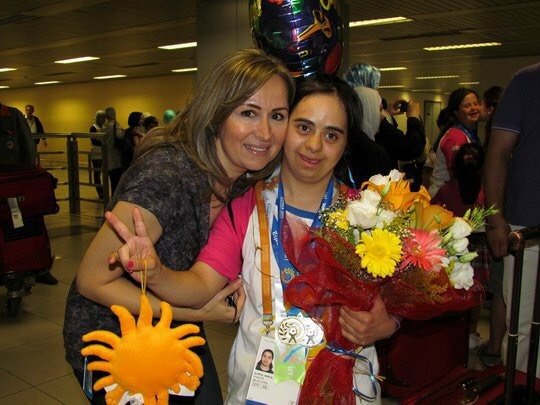 The truth about Down Syndrome: Nina changed our lives forever

Sometimes I can feel people staring or looking at my sister as we walk by and I know why – I bet they’re wondering what is wrong with her? I just wish they would know she is everything right in this world and there is nothing wrong with her. My 34-year-old sister, Nina, has Down Syndrome, and she is the best thing that ever happened to our family simply because she is an angel. Nina is beautiful inside out, I wish people would see that rather than compare her features or question her physical appearance. She has so many talents, but most importantly – she has the kindest heart you’ll ever meet, since when is that not beauty? Why won’t they understand?

Nina, was born on June 4th, 1985 in Homs, Syria. According to the World Health Organization, approximately one in every 1000 babies in the world is born with Down Syndrome. What doctors do not tell you is that Down Syndrome is not a sickness, not a disability and certainly not an obstacle – it simply should not affect any stage in a child’s life or the way we treat someone who has it.

In 1985, no tests in Syria could show if your unborn baby had an extra chromosome, so the doctor’s found out Nina had Down Syndrome after she was born and that is when they informed my mother.

My mother, Souad Al Jundi, always used to tell me that she and my sister went through so much to get to where they are today, they faced rejection, criticism and negativity for as long as they can remember. She stopped and gave up at nothing. My father and mother both showed us what unconditional love is, and what it really means to do anything for your family.

Believe it or not, during the 1980’s, some people used to tell my mother to keep Nina at home, and that she would not understand the concept of an outing if she came out with us or traveled with us. Of course, my mother would not listen, and she kept fighting it and explaining to people what Down Syndrome is and why they should not view it as a sickness, but nobody cared enough to understand.

Souad dedicated her whole life to raising awareness about children with special needs, encouraging parents to speak out about the subject and ask questions when they feel stuck – instead of giving up and isolating their children. She taught herself about it, she gave lectures about it and she toured the country and gave workshops about it. She eventually joined the family committee of the Special Olympics, and she taught English and arts to children with special needs – she even chose the topic “The Effectiveness of a Phonic Reading Method in Teach Reading Skills for Teenagers with Down Syndrome” for her PHD dissertation, which has been published online. She has redefined determination and resilience, and she is a hero for achieving what she has.

Nina and I started school together, but Nina eventually changed several schools until the teachers informed my mother that she will be needing a special educational program due to her having slower learning skills compared to the rest of her class. Eventually a school for special needs was opened in Damascus in 2005 and that is when she began to feel like she belonged to a growing community. Nina is probably the only person I know who fights to go to school even when she is so sick she cannot leave bed – education means everything to her.

Growing up with a sibling who has Down Syndrome is just the same as growing up with a sibling who does not have Down Syndrome – for those of you wondering, she never fell short of being there for my brother and I. Nina inspires us to be the best version of ourselves. Nina and I share clothes, we share midnight talks, we share our love for sports, we share friends, we shared a room and a beautiful childhood in Syria together. She will always be my big sister, someone I look up to and someone I will always share happy memories with, she means the world to me.

My father, Bassam Rifai, loves Nina with all his heart, he is her biggest fan and always makes sure Nina gets what her siblings get too. My brother, Shoueb, loves Nina so much and he cares for her in the most beautiful way. He was always overprotective of her and he always made sure we both know that whatever happens he will be there. He has a special place in Nina’s heart – they were born just a couple of years apart.

Nina grew up to speak three languages (English, Arabic and Bulgarian), she loves sports especially swimming, she loves horseback riding, she loves photography in fact the photos she took of Damascus were displayed and sold at an art gallery in Damascus. She loves art and is always inspired by it because my mother is a painter – we both used to sit in my mother’s art room for hours. Nina is so creative that anything her teachers ask her to do – she could turn it into a masterpiece. She also loves meeting new people and she loves to read despite that being a difficulty sometimes. You can always find Nina walking around with books.

Nina’s swimming coaches were so impressed by Nina’s performance during practice, they suggested that she should join the Special Olympics! Nina participated in her first Special Olympics in the Regional Games in Egypt and then next she joined the Games in the United Arab Emirates and Syria.

Nina later participated in her first International Special Olympics in Athens, Greece in 2011 and came home with a gold and a silver medal. She came home with at least one gold medal and one silver medal in swimming each time. She was so determined and such a hard worker, you could see tears of joy every time she comes back.

A few months after Nina returned home from Athens, the war in Syria was getting worse and the situation became unsafe. When there would be gunshots or explosions happening outside, Nina would get really frightened and cry endlessly, she was so confused.

Nina could not understand the concept of war and why it was happening in our country. We kept trying to hide the news from her. Nina was so sensitive about it she would cry every time someone would even say the word Damascus. She felt as if her dreams of swimming beside her teammates were over, her friends eventually moved to either Germany or Sweden.
We eventually left Syria in 2012, and since then my family and I have been through so much – constantly moving from place to another. War is ugly, but what is uglier than war, is the trauma that comes along with it. We were all heartbroken and it took a long time for us to feel settled into our new homes.

Nina was heartbroken to leave her friends at school, her swimming team and everything she spent years trying to build. She had finally felt like she belongs to a community at school, a community that appreciates her.

Years have gone by, and now my father, mother and Nina have moved to Sofia, Bulgaria. Nina joined Maria’s World Foundation, a remarkable center that supports people with intellectual disabilities, and she instantly felt right at home. She started taking Bulgarian lessons again. She started going to horseback riding again and she joined the swimming team. Recently she was chosen to represent the Bulgarian national swimming team at the Special Olympics to be held in March 2019 – she is beyond happy about it.

I do not think I can ever be prouder to be called Nina’s sister. She is truly a star. Nina brightens up our lives with her smile, she manages to turn a frown into a smile even over the phone! She is beautiful beyond words and she just wants to be accepted, maybe it is time people start thinking about that. Maybe it is time we stop judging one another and just learn to appreciate one another, our differences are there and will always be there -but it is our choice to respect others and live with compassion. 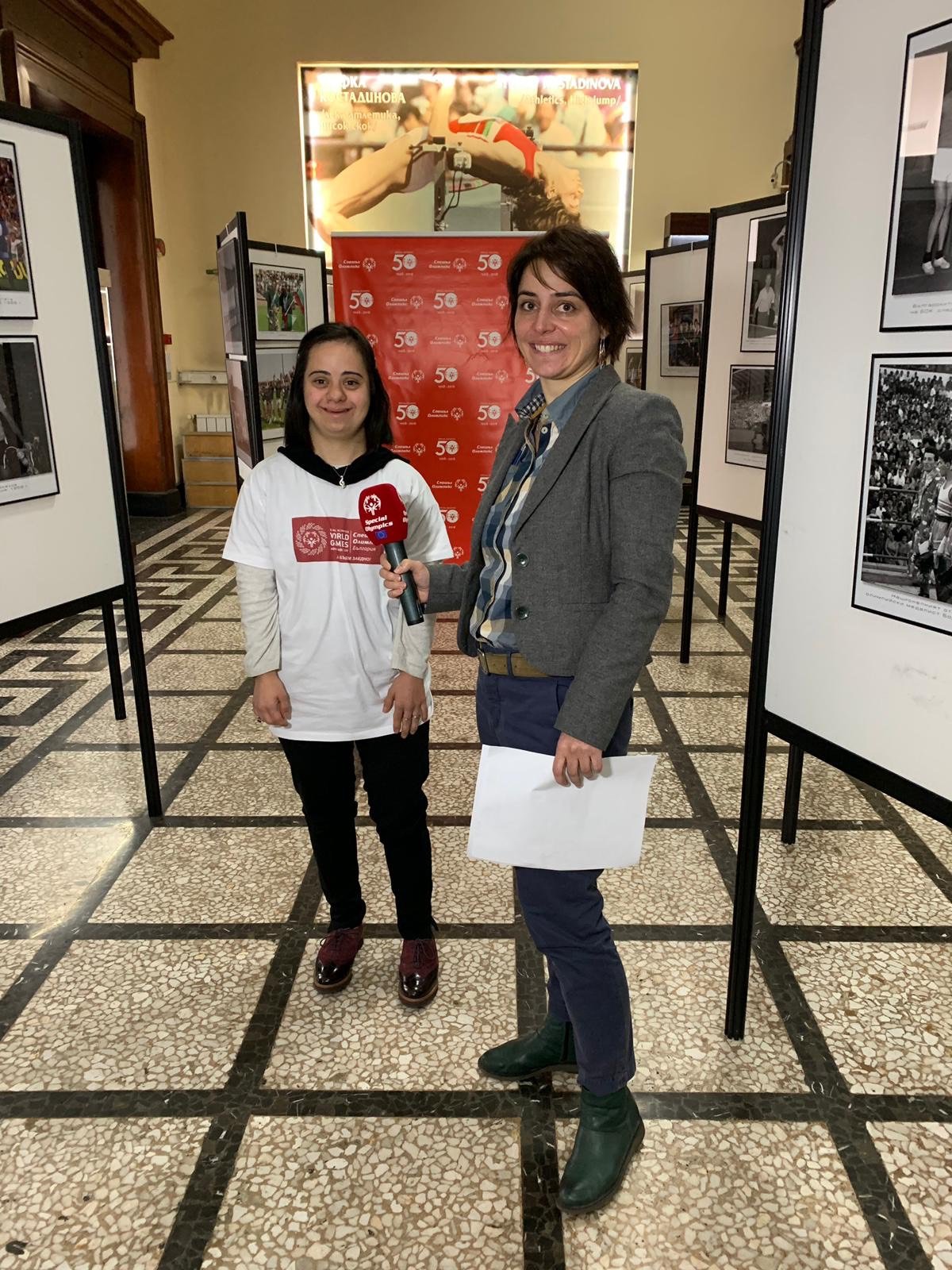